I’m an avid gamer, so I do a lot of online gaming like Overwatch, Apex, and Call of Duty. Usually in these games you can group up with friends and play against other teams, or play solo and be matched with teams randomly. Let me tell you, most of the experiences of overt racism in my life came from Overwatch and Call of Duty voicechat. There is a running joke on Twitter and Instagram now about how toxic Call of Duty chat rooms can be. I think they are hilarious, I’ve been through it myself and sometimes you can’t help but to laugh at how ridiculous it is. I’ll put one here if I can find it.

Call of Duty was the first, 1st person online shooter that I really got into. I mean staying up all night, rushing to finish homework after school so I could play before bedtime, spending hours and hours and hours playing matches against people online. I loved to spend the weekends playing Team Death Match or rounds of Zombies with friends online. Because I spent so much time online, it was inevitable that I ran into people that were just outright racist or trolling or both.

It was always hurtful to hear people yelling, cursing, or calling you the N word, with the hard R, for no reason. It still is even if it is not directed towards me. It is hurtful and frustrating. If they figure out that you are a girl, it becomes 10 times worse and they start picking on you because of that. And it wasn’t just kids who knew better, even as a kid you realize that some things you just don’t say to other people. It was also adults, grown men who most definitely knew better. (As a kid you know that your actions have some effect on someone else because of the way that the person you hurt reacts, the people around you react, or the way that you are treated for saying hateful and hurtful things. Kids understand a lot and I don’t think that they are totally innocent in behaving in such a way.)

Thankfully, there are these wonderful features called ‘mute’ and ‘block’. Usually, I didn’t have to use them once I figured out how to stand up for myself and call them out. People are always surprised when you respond not with hatred but light-heartedly or calmly. Or just roast them back. That helped sometimes, but if they were in a group then it would just make it worse so I would block them all. Or if I just didn’t want to hear it, I’d mute the lobby. This in no way excuses their behavior or the bigger issue here.

Black people, black women, and women in general shouldn’t feel like they have to mute themselves just to enjoy the game like everyone else. We are made to feel like we shouldn’t speak up about things that make us uncomfortable or are prejudiced/racist. Instead we mute ourselves or those around us. Most of the gamers I run into are white, so they would not see things from the same perspective as I would. It would be easy for them to dismiss my concerns because other gamers, who are also mostly white, also feel as if there is nothing wrong. This is not to say that there are not gamers of color or white gamers who would understand. The friends who I play with online regularly are very understanding. However, it’s just not as likely. Because of this I struggle internally with speaking up or just ignoring them.

This isn’t just something that happens in online gaming, it’s the internet period. There is an entire forum, 4chan, that hosts people who are extremely racist and prejudiced. Racist memes are shared on Instagram, Twitter, Facebook, you name it. People recieve hateful or prejudiced messages from people that they don’t even know. I’ve seen more than a few examples of men sliding into a black woman’s dms, fetishising her because of her race, and then calling her racial slurs when she ignores him, politely declines, or tells him to f*** off. There are even seperate spheres of culture on social media because black people and other people of color are so excluded from “mainstream” culture.

Even here, in the blog that I started, I feel anxious because I worry that I may turn people away from Chronic Realness by talking about race and racism. But, as a part of the new name, I have to be real with you all. So I will be, this is me being real. I love gaming, I like using social media, and I thoroughly enjoy dank memes. Prejudice/racism won’t stop me from enjoying those things. But here’s the thing.

We shouldn’t even have to deal with this in the first place.

The reality is, that I do along with many other black people and people of color on the internet. We have to deal with being othered and made to feel unwelcome in the digital world and in physical, tangible spaces. I wish I had something more positive and uplifting to talk to you all about but I don’t. This is the world that I and many others live in. And I’m going to keep taking up space. Hopefully this is something someone out there can relate to. Sending positive energy to you all 🙂 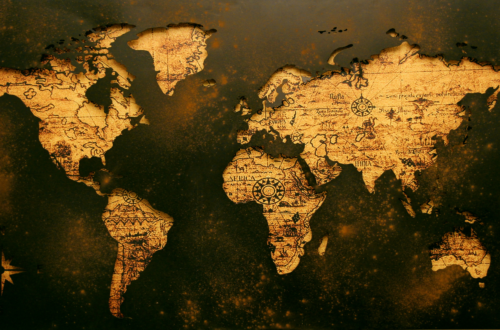 Ancestry: A Poem Written By Our Black Ancestors

The Invisible Wo/man: A Poem 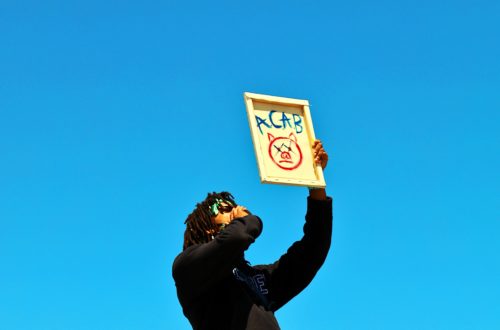 #SayHerName: Ma’Khia Bryant Should Have Been Protected, Not Killed